‘The Dangers’ is an experimental narrative film shot in Berlin in the winter of 2009.

It was created as part of a fellowship with the Berlin Institute of Cultural Inquiry and filmed at Hotel Bogota in Charlottenburg. It premiered at the ICI  Berlin in April 2009. It has since shown at several international film festivals and events, including at the premiere of ‘Exit’ in Berlin 2010.

The film was co-produced with Lopta Film. The film trailer and further information on can be viewed on their site, Facebook and YouTube.

A mysterious hotel. Two inexplicable doppelgängers. A woman in need of danger. There are many things lurking in corners. Alice takes Hugo to a party in the penthouse suite. But they are already there. They have, unknowingly, been visitors before here and in places like this. There is a lot of blood – and whisperings beyond them.

ʻThe Dangersʼ is a subconscious narrative film based on a nightmare.  It refers to inner tensions of personal, particularly female, identity and the external manifestation of these tensions in the forms of sexual expression and propensity to violence. The film is fascinated by manifestations of intensity, suspense, excess and jouissance and the spiralling relations between them. 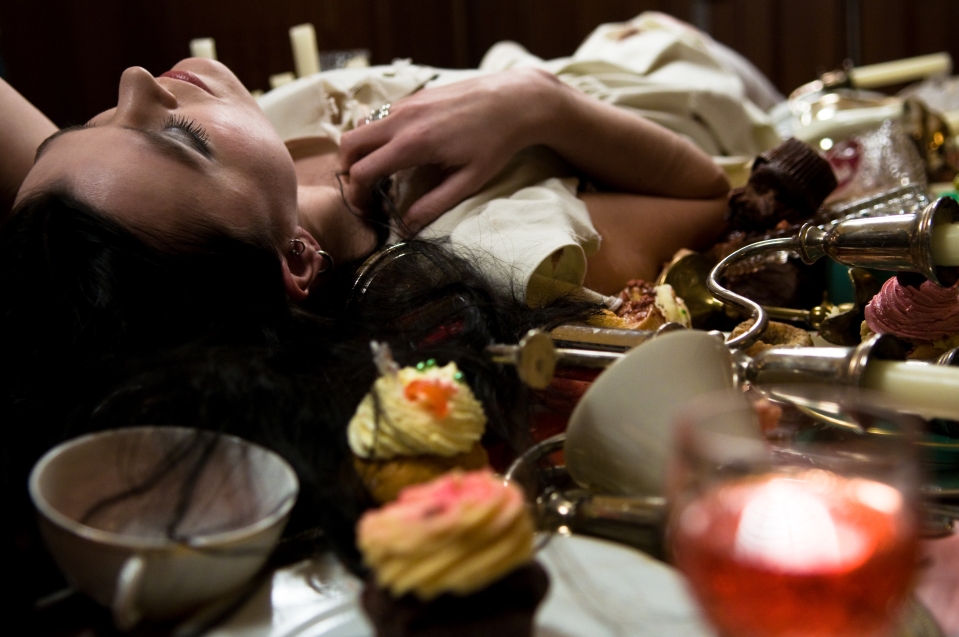 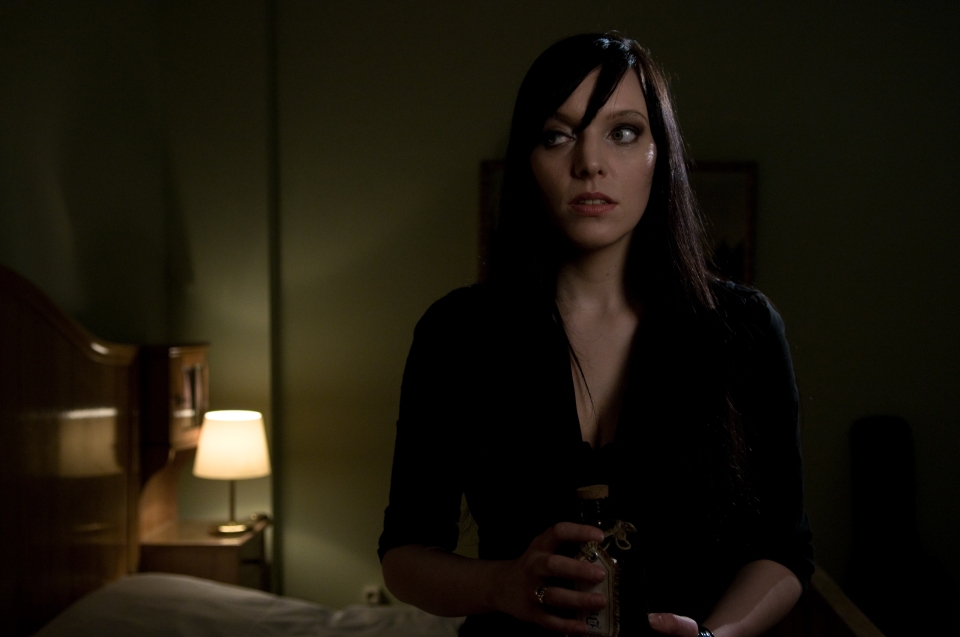 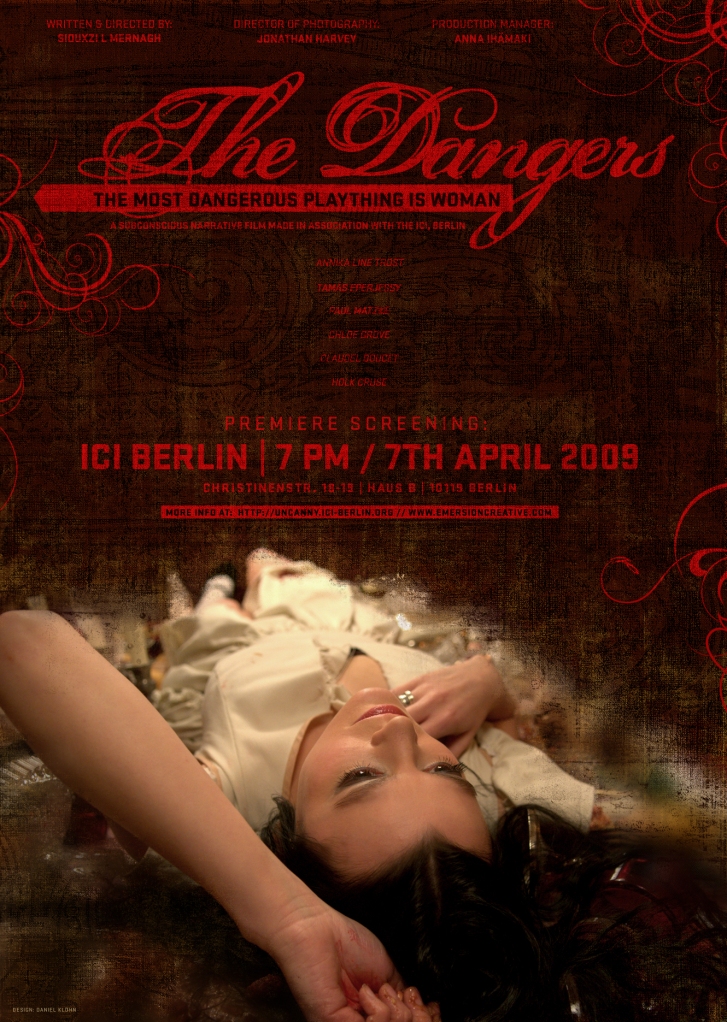 A film made in conjunction with the Institute for Cultural Inquiry